Upon your arrival in Hanoi, the capital and the largest city in Vietnam, be met  and taken to  the hotel.

In the evening enjoy a unique and fascinating show of Water Puppetry, a  traditional  stage art of Vietnam.

After breakfast, board the Halong Sails Golden Cruise to discover the  breathtaking Ha  Long Bay, Vietnam’s most wonderful scenic sight: take a  fantastic view of the picturesque  scenery, skyline with over 3,000 limestone islets  rising amazingly from the clear and  emerald water, with hundreds of peerless  karst formations and beautiful grottoes and  caves.

Have lunch with fresh seafood while the boat passes by the islets of Dinh Huong  (Incense  Urn), Cho Da (the Dog), the fighting roosters as well as a Halong  fishing village. Visit Sung  Sot (Cave of Surprise) – one of the most beautiful  caves in the bay. You can climb up Titop  mountain for a panoramic view of  Halong Bay and enjoy.

See sunrise on the deck and practice Tai Chi.

Check out of Cabin and after lunch return to Hanoi.

Stroll around the downtown to explore the different local ways of life and we will  visit the  Vietnam’s thousand-year-old capital city including One Pillar Pagoda,  Hoan Kiem  Lake, Ngoc Son Temple and Temple of Literature. Quan Thanh  Temple, Old Quarter  which is submitted to UNESCO  to be recognized as World  Culture Heritage.

Transfer to airport for flight to Ho Chi MInh .

After Breakfast, drive overland to Cu Chi Tunnels, an incredible underground  network  constructed by Vietnamese guerrillas to protect the region against the  American attacks  during the Vietnam War. We can even crawl a part inside the  tunnel, visit their infirmary,  kitchen.... to discover how people had survived  hereby. 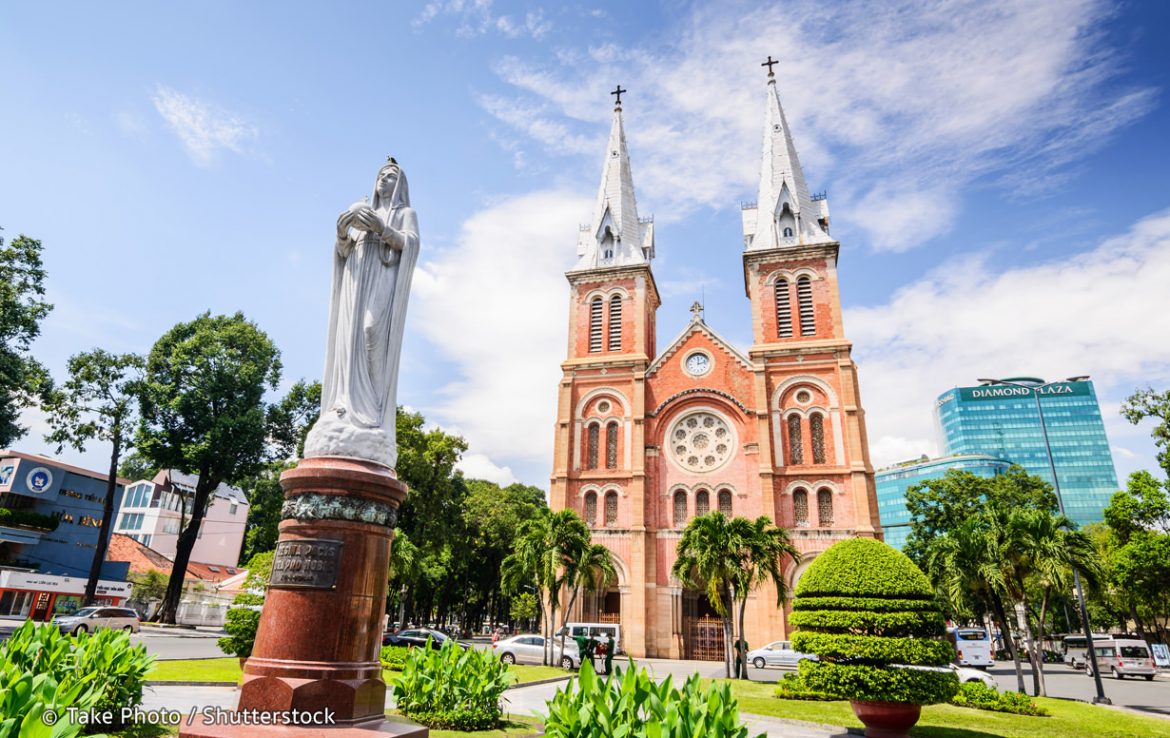 In the afternoon our walking tour will take you from the Saigon River past the  Opera  House, Town Hall, Notre Dame Cathedral and the old Post Office (all  magnificent  sights from the French colonial period).

Your journey takes you to My Tho - the heart of the Mekong delta - famous for  its vast  rice fields and beautiful landscapes. Visit the Vinh Trang pagoda en route  and stop at the  banks of Tien Giang river.

Take a boat trip on the Mekong River to a local workshop where handicraft and  sweets  from coconut are being produced. Take a short ride on a horse carriage   to one of the  many orchards to taste some homemade honey-tea, savour fresh  seasonal fruit and  enjoy a traditional live music performance.

Proceed by sampan boats through the small canals and    side arms of the river  to  observe the daily life along the river banks.

After breakfast, morning free for relaxing and shopping at Ben Thanh Market,  the city’s  biggest most authentic market where you can find anything from basic  supplies to  souvenirs and at dozens of boutique shops.

Afternoon transfer to airport for your departure flight to Siem Reap, Cambodia.

In the morning visit the  ancient capital of  Angkor  Thom (12th century). See  the  South Gate with its  huge statues depicting  the churning of the ocean  of milk, Bayon   temple  (unique for its 54 towers  decorated  with over 200  smiling faces of  Avolokitesvara),  Baphuon (recently                  re-opened after  years of restoration), the  Royal Enclosure,  Phimeanakas, the  Elephants Terrace, the  Terrace of the  Leper King.

In the afternoon, visit Prasat Kravan with its unique brick sculptures and Srah  Srang (“The Royal Baths”), undoubtedly used in the past for ritual bathing.  Then visit the  most famous of all the temples on the plain of Angkor: Angkor  Wat. The temple complex  covers 81 hectares and is comparable in size to the  Imperial Palace in Beijing. Its distinctive  five towers are emblazoned on the  Cambodian flag and the 12th century masterpiece is  considered by art  historians to be the prime example of classical Khmer art and  architecture.  Angkor Wat’s five towers symbolize Meru’s five peaks - the enclosed wall  represents the mountains at the edge of the world and the surrounding moat, the ocean  beyond. Sunset at Angkor Wat. Breakfast at hotel. Continue to Banteay Srei temple (10th century), regarded  as  the  jewel in the crown of classical Khmer art. Stop at a local village to visit  families who are  producing palm sugar. Visit Banteay Samre, one of the most  complete complexes at  Angkor due to restoration using the method of  “anastylosis”. 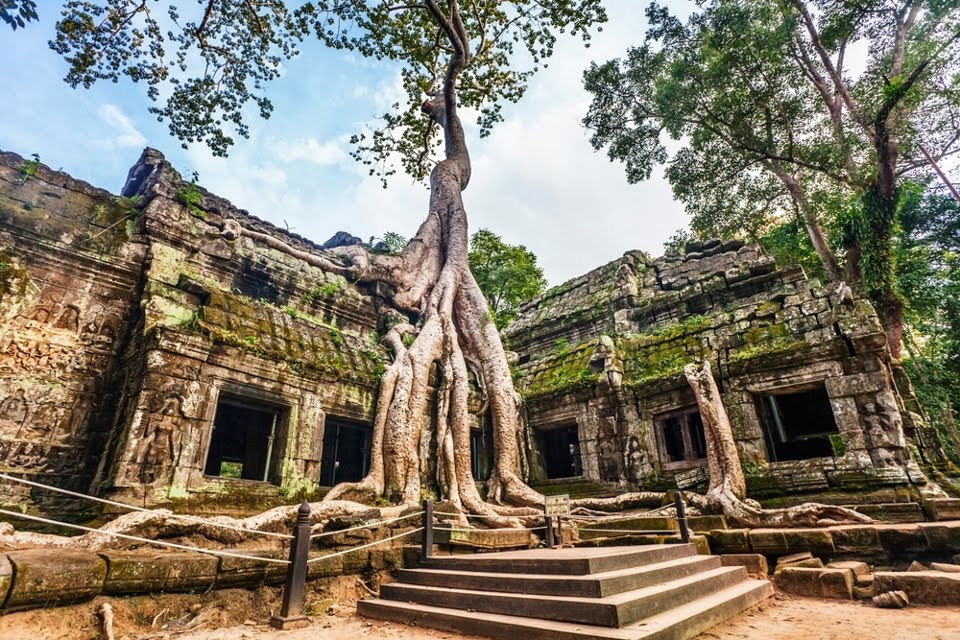 Visit Ta Prohm, one of the area’s most beautiful temples, Ta Prohm has been  relatively  untouched since it was discovered and retains much of its mystery.    Its  appeal lies in the  fact that, unlike the other monuments of Angkor, it was  abandoned and swallowed by the  jungle, looking very much the ways most of  the Angkor appeared when European  explorers first stumbled upon them.

Dinner at a local restaurant and overnight in Siem Reap.

After Breakfast, free at leisure , then transfer to Siem Reap International  Airport for  departure flight.